Words From Those Who’ve Played POOP

“It had the nice effect of both entertaining me and my niece while simultaneously disgusting my girlfriend, so that was a good time.”

“Got mine… already played a round (and lost, damnit) with the coworkers. Nothing like a bunch of accountants grunting.”

“Got a game going today and man it was hilarious! definitely one of the funnest card games I’ve ever played!”

“I got home and found POOP in the mailbox! Normally I’d be cranky about that, but today it’s all right.”

“I smelled something outside… thought it was the dog… nope. Mailman pooped on my porch, twice.”

“Someone left POOP on my doorstep and didn’t set it on fire!”

“Just got finished playing “Poop, The Game” which I also backed on kickstarter, best hour of cards in a long time.”

“I’ve just received my Poop in the mail yesterday and my friends gave it a try almost immediately. We LOVED it.”

“On my birthday [my son] played games with me but would remind me often he was only playing them because he didn’t want to have to get me a present. What a snot right? Anyway, I begged him to play poop with me. I may have bribed him with promise to stay up late and extra stories. After we played poop He said “Dad, I didn’t know board games could be so much fun! Is this why you like them?”

“My family and I love playing the game! Family time is back in America! Although, perhaps unfortunately , in a slightly more juvenile state than before. Oh, well. Family time is family time any way you can get it!”

“Pooped with some neighbors this evening. My face now hurts from laughing. That’s about the best endorsement I could give to any game.”

“… my gf and I went to our friend’s house who was having a big party and I brought out the POOP and everyone had a f***ing blast! It was a huge hit.” 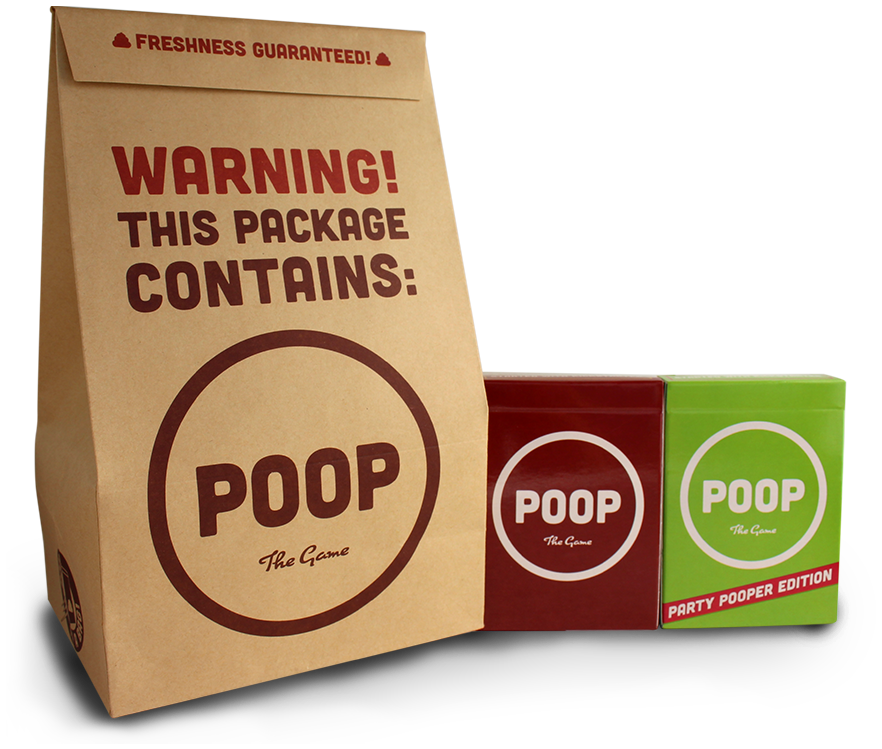